The apostrophe is arguably the most troublesome of all the punctuation marks, and often makes grammar geeks cringe and cry out in frustration when faced with errors such as 1990’s or the dog wagged it’s tail.

It is bad enough seeing these errors in emails and texts from friends, colleagues, or strangers (especially when it is completely inappropriate to correct them!) but the worst is when you are faced with public signs….here are a few – can you spot the errors? 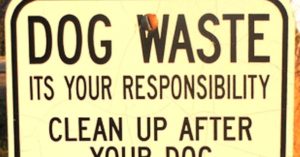 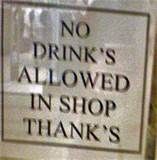 The main problem with the apostrophe is that it has two very different (yet equally important) uses, which tends to cause much confusion for natives and non-natives alike. These two uses are contraction and possession.

This is a shortened form of a word (or group of words) where the omitted letters are replaced by an apostrophe. Interestingly, this rule applies in other languages too, such as French and Catalan. The most common contractions normally include verbs, auxiliaries, or modals attached to other words, such as:

Other examples can arise in literature, such as the removal of a letter to show how a character speaks – something can become somethin’. Similarly if decades are shortened an apostrophe is used – 1990s becomes ‘90s.

NOTE – the general rule is that you should not use an apostrophe to form the plurals of nouns, abbreviations, or dates made up of numbers: just add -s (or -es, if the noun in question forms its plural with -es) e.g. it is 1990s NOT 1990’s, it is pizzas NOT pizza’s. 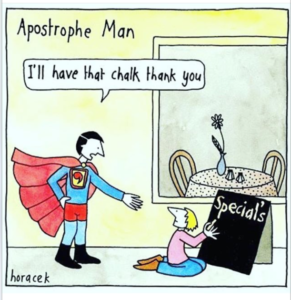 In this case, the apostrophe is used to indicate that a thing or person belongs or relates to someone or something. So the coffee of Lucy becomes Lucy’s coffee, and the climate of Spain becomes Spain’s climate.

The positioning of the apostrophe in cases of possession depends on the noun modified.

e.g. the students’ work, the teachers’ book, the lawyers’ fees

e.g. Lucy and Cameron’s flat, Jack and Jane’s dog, France’s and Spain’s foreign policies are different, John’s and Fiona’s weddings are on the same day.

And there you go – hopefully this has helped to clear up the confusion over when to use apostrophes. And perhaps you too will now shudder at the very sight of incorrect apostrophe placement! 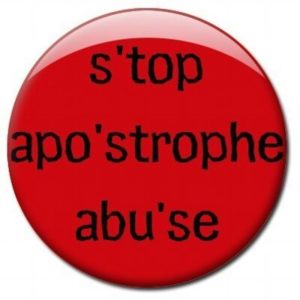