In today’s world, abbreviations are almost becoming out of control, with new ones popping up almost daily. However, aside from the YOLOs and the LOLs, we often come across various terms (usually Latin) and abbreviations within academic writing – as well as other types of formal writing – that although we may think we know, there is always that element of doubt about their meaning and correct usage. 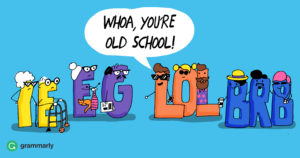 Please note that when I say ‘common’, I am referring to the type used in academic or more formal writing – I couldn’t begin to list the never-ending abbreviations used today!

This list is by no means exhaustive; however, it gives you the basics. If anyone has any further to add – please feel free to comment!

And one final thought on the subject – whilst there are now many more abbreviations entering our vocabulary, some are merely updates….