When we first learn to read and write, and are introduced to basic grammar, we learn the most regularly used forms of punctuation such as the comma or the full stop. Somewhere down the line, although I personally don’t remember when, we might be introduced to two other punctuation marks… the colon and the semicolon. But what do these do?

I recently did a small test in my office where I asked 5 people if they could tell me what these two marks do and when we use them…. 4 out of those 5 admitted they were unsure, although all correctly suggested they were related to a pause of some sort. The 5th person looked confused and mumbled something about intestines…I am still unsure if they were joking or not!

So, what is the difference between these two marks? They are known as ‘connective punctuation’ and are actually remarkably simple!

She had only one New Year’s resolution: more exercise

The colon: a useful punctuation mark!

I went shopping and bought everything I could that was healthy: carrots, apples, bananas, cabbage, kiwis and nectarines. 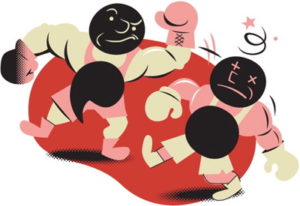 The computer had a virus; all the files were lost.

Today for lunch I had pasta, with tomato and cheese; a Greek salad, without the feta; and a yogurt, fat-free of course!

It really is that simple! These marks are often mixed up, with a growing number of people using them interchangeably. But beware! They are different and have different purposes, so take care to choose the right one. 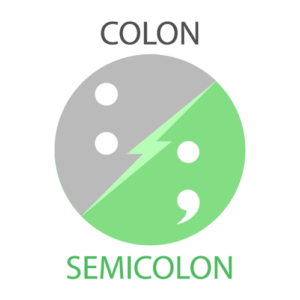